Sudanese security forces fired tear gas and stun grenades on Friday at 300-400 chanting worshipers as they left a mosque near the capital, a Reuters witness said, after a call for widespread anti-government protests by opposition groups. 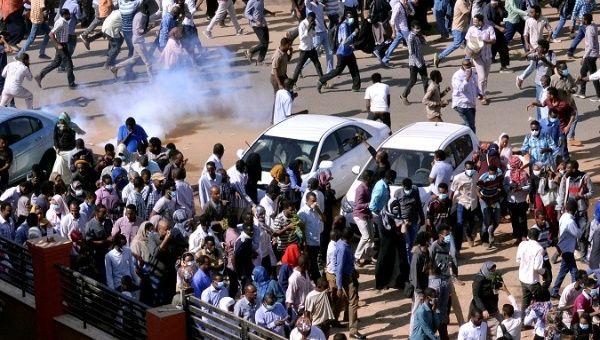 The group in Omdurman, a town near Khartoum, was fired upon as people exited the mosque chanting “peaceful, peaceful,” the witness said. Around 30 SUVs belonging to the security forces had surrounded the square outside the building before noon prayers.

Sudan has been rocked by more than a week of anti-government protests sparked by rising prices, shortages of basic commodities and a cash crisis.

At least 19 people have died during the protests, including two military personnel, according to official figures. Amnesty International said on Tuesday at least 37 had died.

The head of the media office at the National Intelligence and Security Service denied knowledge of Thursday’s arrests. Read More…

The Radio Broadcast all the way from the heart of Nigeria.