The bomber who blew himself up outside a Nairobi hotel this month, launching an attack that killed 21 people, was already so well-known to Kenyan police that they had emblazoned his face across billboards under the slogan “WANTED: DEAD OR ALIVE”.

Mahir Khalid Riziki was barely 20 when he joined a radical Islamist cell that assassinated police in his home town of Mombasa, officers said. His mosque in the coastal Kenyan city funnelled recruits to the Somalia-based Islamist group al Shabaab, which claimed the Jan. 15 attack in Nairobi.Riziki, who was 25 when he died, fled after a deadly police raid on the mosque in 2014. His years as a fugitive shed light on the difficulties of tracking militant suspects across East Africa at a time when al Qaeda-linked al Shabaab is seeking to broaden its pool of recruits and carry out more attacks in other nations. Borders are porous. Intelligence sharing is often ad hoc. Warnings may be too vague or too late.

Riziki’s journey spanned at least two East African nations that share borders with Kenya. “After he disappeared, we monitored him to Tanzania, then later to Somalia, where he went quiet until he made a surprise appearance in the Dusit (hotel) attack,” a retired Kenyan counter-terrorism officer told Reuters. Like others interviewed, he did not want to be identified discussing an ongoing investigation. Kenyan authorities did not respond to queries about whether they had requested help tracking Riziki. But the retired officer said they had contacted Interpol, the international police network.

Interpol had no red notice – an international alert – for Riziki on its website. A spokesman declined to say why, citing a policy not to discuss specific cases. Tanzanian authorities also would not comment on Riziki’s case. Somali intelligence officials told Reuters they usually received little information from Kenya. But they said they warned Kenya in November about a plot to attack an unknown target involving five men – the same number who attacked the Nairobi hotel and surrounding offices. Kenya did not want to pay for information, one Somali official said, and it was not possible to get more details from sources within al Shabaab without money. 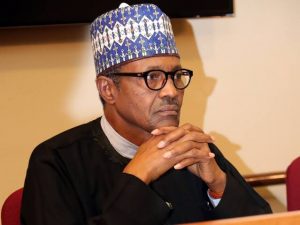