Ethiopian Airlines said on Wednesday it would send the black boxes from its crashed Boeing 737 MAX abroad, while a Norwegian airline sought compensation from the U.S. planemaker after two thirds of that model were grounded globally.

Sunday’s still unexplained crash of the passenger jet, just after take-off from Addis Ababa en route to Nairobi, killed 157 people and followed another disaster involving a 737 MAX in Indonesia five months ago that killed 189 people.

That has spooked the global airline industry and heaped pressure on Boeing, whose shares have plunged.

Multiple nations have suspended the 737 MAX, leading to the grounding of about two-thirds of the 371 jets of that make in operation around the world, according to Reuters calculations.

With no link proven between the two crashes, however, the United States has bucked the trend and allowed 737 MAX planes to continue operating even though Europe has suspended them.

Boeing, the world’s biggest planemaker, has said it retains “full confidence” in the 737 MAX. Its shares fell 6.1 percent on Tuesday, bringing losses to 11.15 percent since the crash, the steepest two-day loss for the stock since July 2009.

The drop has lopped $26.65 billion off Boeing’s market value.

Adding to the pressure on Boeing, Norwegian Air said it would seek recompense for lost revenue and extra costs after grounding its 737 MAX aircraft.

“We expect Boeing to take this bill,” Norwegian said in an emailed statement to Reuters.

In Ethiopia, which lacks the forensic capabilities of other countries, a spokesman for Ethiopian Airlines said the black box voice and data recorders recovered on Monday would be sent overseas for analysis.

“There is no capacity here so the black box will be sent elsewhere for analysis. The investigation team will decide where,” the spokesman told Reuters.

That could be in Europe, the company’s CEO told CNN.

U.S. officials said the black box devices suffered some damage but they were confident of some initial results within 24 hours of the data being downloaded.

More than a dozen relatives of those who perished in the crash, mainly Kenyans who have flown in, left Addis Ababa early in the morning to pay their respects at the rural crash site where Flight ET 302 came down in a fireball.

It may take weeks or months to identify all the victims, who include a prize-winning author, a soccer official and a team of humanitarian workers.

On Tuesday, the European Union’s aviation safety regulator suspended all flights in the bloc by the 737 MAX and a U.S. senator who chairs a panel overseeing aviation suggested the United States take similar action.

Thailand and Lebanon joined the long list of nations suspending the model on Wednesday.

The three U.S. airlines using the 737 MAX – Southwest Airlines Co, American Airlines Group Inc and United Airlines – stood by the aircraft, although many potential passengers took to social media to express concerns, asking if they could change flights or cancel.

Of the top 10 countries by air passenger travel, all but the United States and Japan have halted flights of the 737 MAX. The EU, China, Indonesia, Singapore, New Zealand, Australia, Malaysia, India and others have temporarily suspended the plane.

A debate over automation lies at the centre of an investigation into October’s Lion Air crash in Indonesia. A focus there is the role of a software system designed to push the plane down, alongside airline training and repair standards.

Boeing says it plans to update the software in coming weeks.

Given problems of identification at the charred disaster site, Ethiopian Airlines said it would take at least five days to start handing remains to families. The victims came from more than 30 nations, and included nearly two dozen U.N. staff.

The new variant of the 737, the world’s most-sold modern passenger aircraft, was viewed as the likely workhorse for global airlines for decades and 4,661 more are on order. 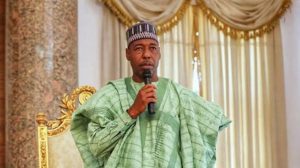 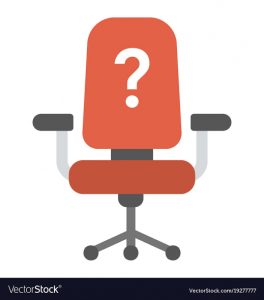